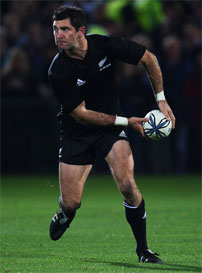 Papakura-born fly-half Stephen Donald, 27, who signed a two-year deal with Premiership club Bath in August, says he wants to help the team recapture their “glory days”. “They’re very ambitious. I’d love to contribute to help Bath get where they want to get,” Donald told BBC Points West. “I just want to play good footie and get Bath back to the glory days they so passionately crave.” Donald was left out of All Blacks coach Graham Henry’s initial World Cup plans but received a call in the latter stages of the competition after injuries to Dan Carter and Colin Slade. He went on to become an unlikely hero as he kicked what turned out to be the winning penalty in the final against France.