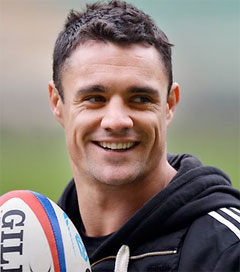 Player Of The Year

All Black Dan Carter has been named player of the year in London at the 2012 International Rugby Board (IRB) awards, with Steve Hansen winning coach of the year and the All Blacks the team of the year. It was the second time the 30-year-old Carter, had won the IRB honour, following his success in 2005 and the third straight year New Zealand had won the team award, with Hansen keeping the coaching prize in the country following the back-to-back wins of World Cup-winning boss Graham Henry.