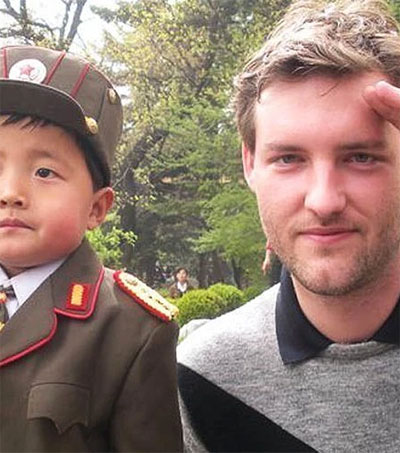 New Zealander Troy Collings, whose tour-guide company specialised in taking young budget travellers to forbidding places like North Korea, has died. He was 33.

The cause was a heart attack, his company, Young Pioneer Tours, or YPT, said in a statement.

Collings’ company likes to say that it takes young travellers to “destinations your mother would rather you stay away from.” It is one of the few that specialise in taking tourists to North Korea, finding a marketing niche among young people who want to tour that secretive, totalitarian country at budget prices.

Collings, a native of Auckland and a graduate of the University of Auckland Business School, co-founded YPT with his friend, Gareth Johnson, in 2008. He had since visited “pretty much every place a foreigner can” in North Korea, his company said in an online biographical sketch about him.

With few tourists visiting North Korea, the YPT tours had not been widely known among Americans until Otto Warmbier was arrested in Pyongyang in 2016 on charges of trying to steal a propaganda poster from the wall of his hotel.

In a 2018 interview posted on his company’s website, Collings said he had become fascinated with North Korea after watching A State of Mind, a 2004 documentary on young North Korean gymnasts practicing for their country’s propaganda-filled Mass Games.

Later, he visited North Korea with Johnson and “saw the potential tourism had to help the locals and to influence the country’s development,” he said.

“More importantly,” he added, “I made some real human connections with people I met that had a profound effect on me, and I decided during that trip that this is what I wanted to dedicate my life to.”

In North Korea, foreign tourists are monitored by government minders. The authorities there impose strict restrictions on what foreign visitors are allowed to see.

“You can’t have the same level of authentic experience in North Korea as you can in most other countries,” Collings said in the 2018 interview, adding, “But what you see of daily life there is daily life.”