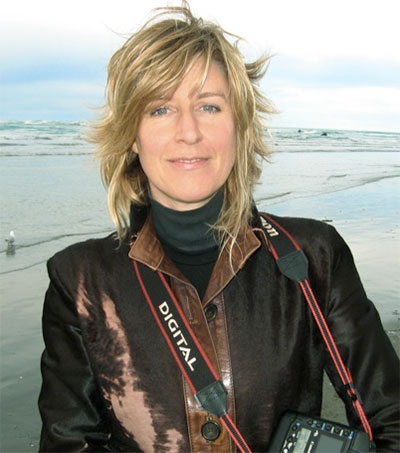 New Zealand born photographer and illustrator Frances Melhop, voted one of the World’s 200 Best Advertising Photographers 2009/2010 by Lürzers Archive, will bring her skills and talents to the Resident Artist Program in Silver City, Nevada for the northern hemisphere winter.

Melhop will set up a temporary studio at the Silver City School House in January, photographing some of the town’s longtime residents for a future exhibition at the Haldan Art Gallery in Tahoe.

Based in Australia for a decade, then in Milan, Italy for the next decade, Melhop is well known in Europe and the South Pacific as a creator of extraordinary and unique imagery in the fashion and advertising arena. Her photographs have appeared in magazines including Vogue Italia, British Vogue, Face, ID and Elle.

Melhop, who is based in Nevada, has also been the inspiration for the design of Silver City’s visiting artist programme, according to Quest Lakes, director of the programme.

“While director at St. Mary’s Art Center in Virginia City, Northern Nevada Development Authority named Frances ‘Innovator of the Year’ within a five-county region,” Lakes said. “The well-deserved award stemmed from her extraordinary work through the Art Center. She introduced new talent to the region, showcased Nevada artists, and found grants and donations for programming, artists and restoration of the historic building.”

Frances Melhop is a professional photographer whose work has been published in many international publications. She studied photography, graphic design, sculpture, printmaking and life drawing at Christchurch Polytechnical College.