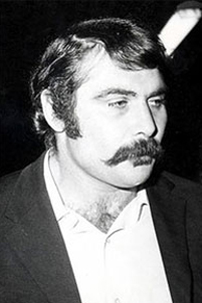 “Somewhere in regional Australia lives a man whose tale has gone into New Zealand rugby’s folklore,” The Sydney Morning Herald’s Georgina Robinson writes. “He is Keith Murdoch, the towering All Black who hit a security guard on tour in Wales, was sent home in disgrace and disappeared from the face of the earth. The burly prop with piercing eyes and a handlebar moustache never spoke about the incident, or played a game of rugby, ever again. Instead he has spent the past four decades living as a recluse.” Former journalist Margot McRae’s production Finding Murdoch, which premiered at Downstage in 2007, played this month in Auckland and, according to Robinson, is “a surprisingly warm and funny take on an event still talked about in hushed tones around New Zealand.” McRae says: “I wanted to show the contrast between this legend and this man, who is just nothing like the legend, who is just this guy. I wanted to strip it all away and say look at this person who says ‘This isn’t a story, it’s my life’.”