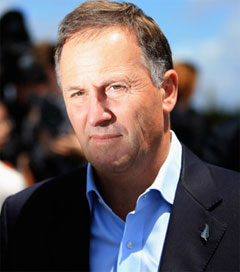 Prime Minister John Key spoke with The Diplomat’s Zachary Keck concerning nuclear security, Afghanistan, relations with the United States and China as well as the Trans Pacific Partnership. “New Zealand views nuclear security as part of our broader and longstanding commitment to nuclear disarmament and non-proliferation,” Key said. On Afghanistan: “While New Zealand, which has been present in Bamyan Province for ten years, will be withdrawing our PRT in April, we leave a lasting legacy. The international community, including New Zealand, will continue to do what it can to support these efforts, but ultimately Afghanistan’s fate rests with its people.”  As for North America? “The relationship between New Zealand and the United States has never been better.”