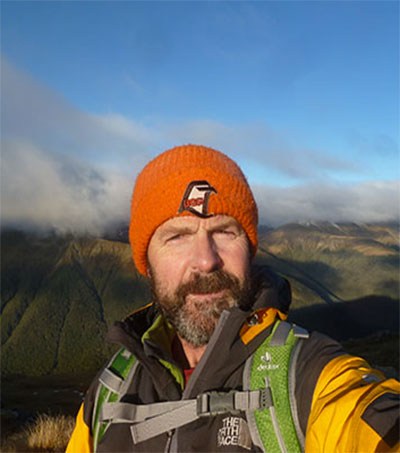 Described as “reserved and thoughtful” by his students, Bowling Green State University philosophy professor, Auckland-born Ian Young appears to be most at home in the classroom.

University graduate Cameron Morrissey, one of his former students, said, “Ian can be quiet, but he becomes very passionate when he talks about the things he enjoys. He loves imparting his knowledge to others – especially students.”

Surrounded by shelves filled with books and facing away from his desk littered with classwork and numerous empty coffee cups, Young sat with his hands folded during an interview, his demeanour casual. However, when he explained his history and the multitude of events that landed him in Bowling Green, Ohio, he gradually became more jovial and notably impassioned.

Some of his fondest memories of childhood came from a time when he and his family would travel.

“[My family] was going to the mountains on vacation to see these three big volcanoes in the middle of the North Island. We went in the winter, and that was the first time I had even seen snow – I was about 14 at the time,” Young explained.

After three years of travel, Young moved back to his home country and began his undergraduate degree at the University of Otago. He spent six years completing their programme, and along the way, rediscovered his love of the mountains. He joined a local hiking club and spent a great deal of time on trips with them.

After living in America for over 24 years, Young has returned to New Zealand more frequently to plan a study abroad trip for the university.

He travels frequently with his wife. “[Bowling Green] is a very safe and comfortable place for us to live,” he said. “We have such a nice lifestyle, and it’s not everywhere that I can simply walk to my work every day.”