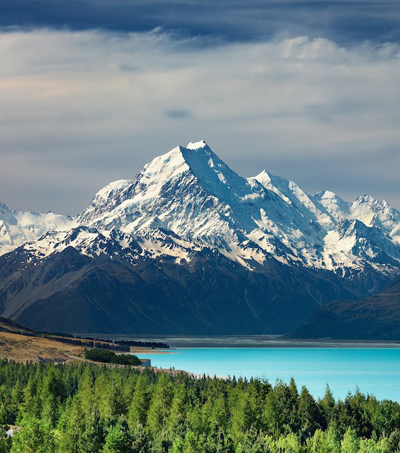 New Zealand has “once more leaped into the spotlight by bagging more prizes than any other country on the planet during the 2016 World Country awards” and has been voted the world’s best country in The Telegraph Travel awards.

New Zealand was followed by Maldives on rank two and South Africa on rank three.

“New Zealand embodies a truly captivating blend of nature, ecology and culture. Its mind-blowing beaches are a sight to behold for the more venturesome tourists with an unfettered craving for the sea”, writes Kamran Shah in an article for The Inquisitr.

An absolute jewel nestled in the Pacific southwest, New Zealand is itself a cultural and geographical masterpiece. Its spell-binding scenery, magnificent volcanoes and breath-taking glaciers are stunning components of its two main islands.

“Among other glaring accomplishments, New Zealand enjoys the distinction of being among the foremost nations of the world to have granted women their rights and declared itself the first nuclear free nation.” The country also has to date preserved its magnificent indigenous Maori culture marked by stunning art forms.

At the prestigious 2016 World Countries Awards New Zealand recently bagged nearly all the accolades including ‘best country in the world’, ‘most beautiful capital city’ and ‘best food in the world’ among others.