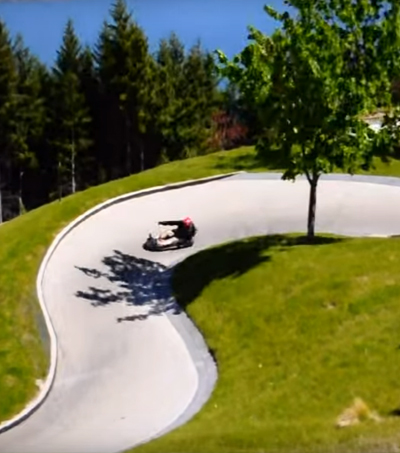 Rotorua and Queenstown are featured in a list of holiday destinations where you can feel like a big kid again.

Rotorua, “the birthplace of Zorbing has plenty of other ludicrously fun things to do aside from rolling down a hill in a giant plastic hamster ball,” according to the article in Traveller Australia.

At Agroventures, you can whizz around in a jet boat, hover air above a powerful wind column or pedal-power yourself around in a little cubicle underneath a monorail.

New Zealand’s South Island playground Queenstown does not only offer high adrenalin thrills, but also some simpler pleasures like racing downhill in rudimentary carts at Skyline Luge or visiting the Shotover Canyon Swing, which “sees you swoop high over the Shotover River.”

Other destinations highlighted in the article are Sentosa Island in Singapore, Florida in the United States, Tombstone in Arizona, the Electronic Music Project in Seattle, Sun City in South Africa, Nottingham in England and Las Vegas.