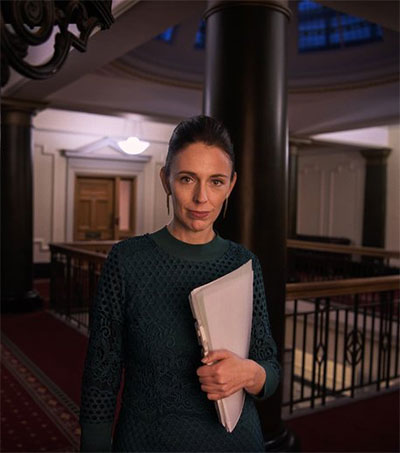 Describing herself as “relentlessly optimistic,” New Zealand’s newly sworn in prime minister, Jacinda Ardern, 37, will face a National opposition of 56 members clamouring at the gates – smarting from losing an election they believed they had won – and must hold together a three-party governing deal, while also delivering on the change she promised.

The morning after her ascension, at a girls’ high school not far away from Parliament, final-year students were buzzing at the prospect.

Mia Faiumu, 18, and Narjis al-Zaidi, 17, two leaders of the feminist club at the school, Wellington East Girls’ College, hoped Ardern would improve the national curriculum for sex and consent education as well as decriminalise abortion, as she had promised (abortion is permissible in New Zealand with a doctor’s approval but remains illegal).

“She understands what it’s like to be a young woman today,” said Faiumu, who voted for Labour in this, her first, election. Before Ardern’s rise to leader, she said, her vote would have gone to the further-left Green Party, which will support Labour to pass its laws.

The young women enthused about Ardern’s “big vision,” saying they felt empowered by her win in spite of critics’ saying she could not deliver on such bold ideas.

The expectations for Ardern now are stacked high: from action on child poverty to solving a housing crisis and an increase in homelessness, she must also balance farming interests – the mainstay of New Zealand’s export market – with her party’s promise to clean up waterways and take action on climate change.

National did not win enough to govern alone, and the decision about who would become prime minister was left to the eccentric, populist leader of a minor party, Winston Peters of New Zealand First.

Previous New Zealand coalition governments had proved fractious at times, and former prime minister Helen Clark, who has run three of them, said it was crucial to establish regular communication between party leaders so that no partner in the deal was left surprised. She said that aligned with Ardern’s strongest suit.

“She communicates a lot of empathy with people, and that makes her a very inclusive person,” Clark said. “She gives people the impression – and I think it’s a reality – that she’s interested in them.”