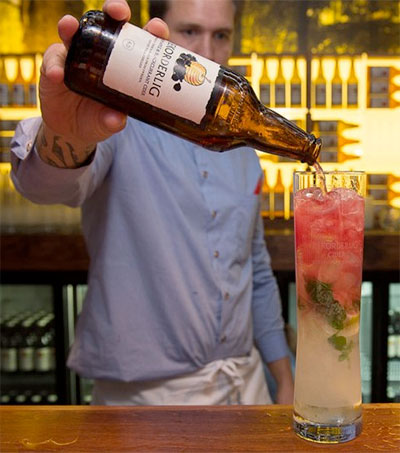 New Zealanders drink more cider than ever, wear sweatpants less often, and use smartphones instead of video cameras to capture family memories. These are just some of the lifestyle changes reflected in the government statistician’s latest index of consumer prices.

The basket of items in the gauge is used to monitor inflation.

Statistics New Zealand updates the items every three years, adding some and removing others to take account of changes in the spending habits of the average New Zealander. The list was started about a century ago.

The 2014 list includes more than 700 items – everything from contraceptives to online airfares and taro, a popular vegetable in the Pacific islands. Among the new additions is cider, a fruity alcoholic beverage whose inclusion comes 60 years after beer was introduced to the basket back in the 1950s.

“We opened five years ago and there was the odd request for a cider,” said David Ward, general manager of Hashigo Zake, a bar in downtown Wellington. “We got in what we could, but over the years the whole cider industry has been developing at a huge pace.”

Just as informative as what’s been added to the statistics bureau’s list is what’s fallen off.

Sweatpants are strictly off the list because spending on them has dropped off sharply. Video-game rentals are also history, as hiring such items becomes less popular.