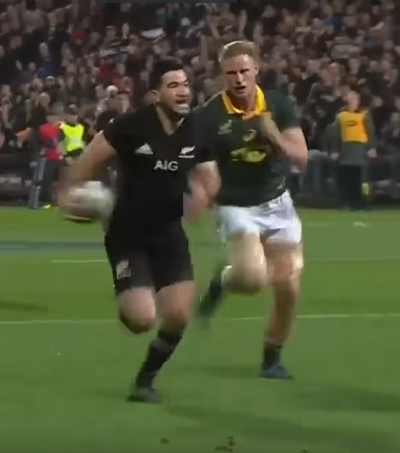 Victory extended their lead in the four-team Rugby Championship to eight points with two matches remaining.

The All Blacks will secure the trophy for a 15th time by beating Argentina in Buenos Aires on 1 October.

Saturday’s match was the second in succession in which the All Blacks have scored more than 50 points against the Springboks, with their 57-15 win in Durban last year their previous biggest victory against them.

Despite the one-sided nature of the scoreline, the visitors – unbeaten in their six previous Tests this year – created several opportunities but were met by a resilient All Blacks defence.

South Africa coach Allister Coetzee said: “I’m very disappointed and the players are hurting. It’s not through lack of effort. It is a challenge for us emotionally. I have great faith that these players will never give up. Never.”