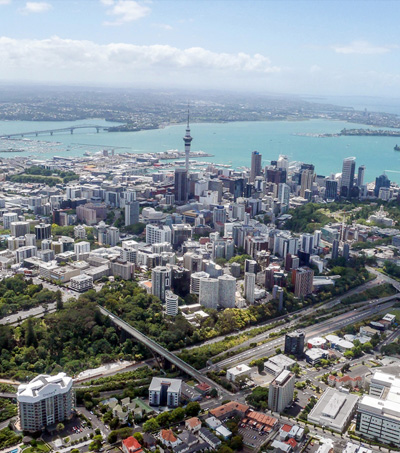 There is no stamp duty or capital gains tax in New Zealand, which makes the country’s property market a lot more attractive than other global investment hubs.

“Auckland’s pace of life (is) quieter than Shanghai’s, and its weather was similar but more temperate”, said Joyce Wei, a New Zealand citizen, who moved from Shanghai to Auckland in 2003.

Overseas buyers seem to be very interested in high-rise apartments in the central business district, or C.B.D. as opposed to many New Zealand buyers.

As a result of that demand, developers have started construction on 25 CBD apartment buildings since 2012.

“A perceived influx of Asian buyers has generated some resentment toward them in Auckland”, said Jo Clifford, chief operations officer for New Zealand at Harcourts.

“But in reality (…) buyers from Britain, Germany, South Africa and other countries are also investing in Auckland property — and have been for years.”