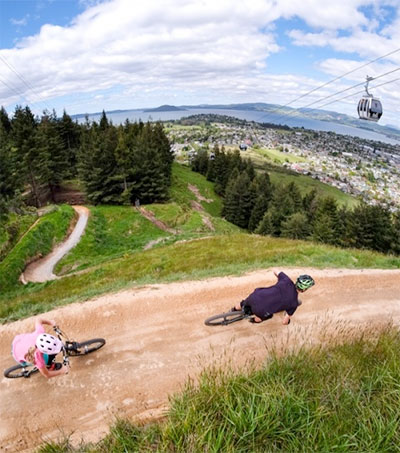 New Zealand One of the Year’s Travel Hotspots

“Attention is going to be lavished on New Zealand in 2015 – and it won’t all be Hobbit-related,” according to the Guardian, who include our country on their “holiday hotspots” for the year.

“Wellington will celebrate 150 years as a capital city with a week of festivities planned for July, and is to provide one of the venues (along with Auckland, Christchurch, Dunedin, Hamilton, Napier and Nelson) for the ICC Cricket World Cup, which New Zealand is co-hosting with Australia from 14 February to 29 March.

“And the country’s great-outdoors appeal is sure to get an added push from having the world’s first year-round gondola-accessed mountain bike park. The Skyline Rotorua Mountain Bike Gravity Park opened last year and will be the first southern hemisphere venue for the Crankworx mountain biking festival, running from 25-29 March.”

Original article by The Guardian, January 3, 2015.