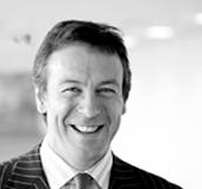 Lloyd Morrison, Wellington businessman, founder of infrastructure investment company Infratil, philanthropist and patron of the arts, has died in Seattle’s Fred Hutchinson Cancer Research Center in Seattle, aged 54. Speaking from Seattle, his brother Rob said that, even while in one of the best medical facilities in the world, his brother had challenged the staff — as he did with people around him — to do their best. “Often when someone dies of cancer it’s, ‘They had a long battle’, or, ‘They lost the battle with cancer’. Well, that’s not the case, he didn’t lose any battles. He lived life and he lived it to the full. He always said there was no excuse for not achieving your potential.” Friend and NZX chief executive Mark Weldon said Palmerston North-born Morrison was one of the greatest business figures that New Zealand had seen. “He was always focused on the future and never on himself. I never once saw Lloyd feel sorry for himself, he was action-oriented, and God, he was stoic.” In 2000, Morrison ran a successful campaign to prevent the New Zealand Stock Exchange from being taken over by its Australian rival. He was also known for his passion for New Zealand and its identity, running a campaign to change the New Zealand flag to better reflect the future direction of a modern country. Morrison was made a Companion of the New Zealand Order of Merit in 2009.