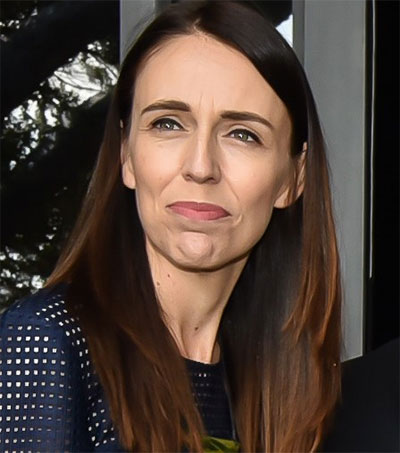 “The United States is a pandemic-policy mess, and the whole world is watching the meltdown,” Markos Kounalakis writes for the Washington Monthly. “How did such a small place [like New Zealand] take on such a big role on the world stage to lead the fight against the infection’s spread throughout its country?”

“Basically, there are two reasons: First, it had an almost airtight month-long lockdown during which only supermarkets and pharmacies remained open. Second, the population trusted its public leadership and complied with strict safety protocols,” Kounalakis writes. “As a result, on 7 June, Prime Minister Jacinda Ardern announced that New Zealand had ‘eliminated transmission of the virus.’

“New Zealand’s overall pandemic response and vigilance has kept the virus at bay for two-and-a-half months. It’s easy to credit its distant isolation and adherent society, but some focus on a special leadership characteristic: Women get the job done.

“A popular meme credits multiple nations led by women as being more effective in managing a nation in crisis. Prime Minister Ardern makes the list along with Germany, Taiwan, Iceland, Finland, Norway and Denmark. Not a bad line-up of successful women leaders, especially when they are juxtaposed against more than a few presidents and prime ministers who have failed miserably in the age of the coronavirus.”

Kounalakis is McClatchy’s foreign affairs columnist, a visiting fellow at the Hoover Institution, and the author of Spin Wars and Spy Games: Global Media and Intelligence. He is president and publisher emeritus of the Washington Monthly.

Photo by New Zealand Government, Office of the Governor-General.