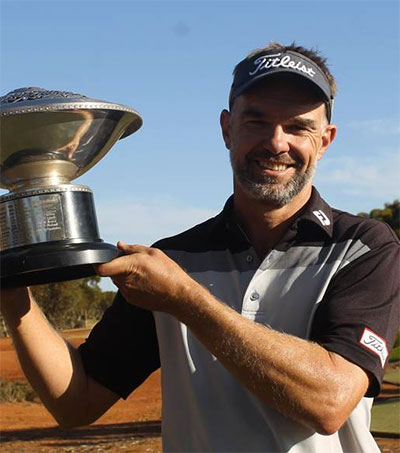 “I woke up this morning thinking that if I got it to 15-under, I was just dreaming, but that would probably be enough. It would mean that Brody would have to shoot 68 to tie me,” Long said.

“But I really didn’t go out there with the intention of shooting a 64 let alone a 63. I just wanted to have a nice round.”

Opening with three birdies, Long experienced a special day on the golf course where everything went his way, his irons were dialled in and his putter hot.

“To win this title twice is pretty special, it’s the first time I have ever won a tournament twice so it is pretty neat,” added Long, who won the title in 2008 when it was played at The Cut.

“The older you get these opportunities don’t come along that much, even though I still like to think that I am young at heart.”