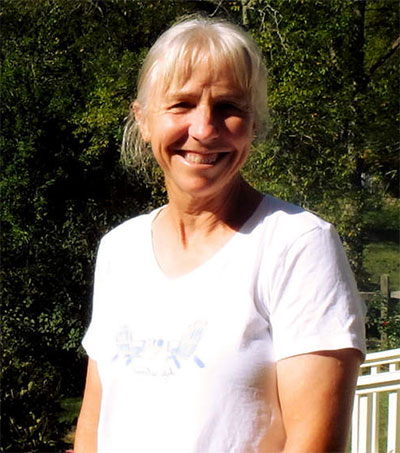 According to Lewis, there were “about 15 or 16 different countries represented that day”.

She recalled there were two Australians and two from Thailand, as well as a woman from South Korea who had been in the US 11 years, and a woman from Northern Ireland who had been a resident for 50 years, among others.

“Why now?” Lewis said she asked the woman from Northern Ireland. “She said so she could vote. That’s what kicked me in the butt. I wanted to vote as well,” Lewis said.

Lewis has been a legal US resident for the past 34 years. “Back then they issued you a permanent green card,” she said. “I never had to renew it. Newer immigration officials don’t know what to make of this card.”

The ceremony culminated three years’ work filling out the application online, “a little bit by little bit”, she said. She submitted the completed paperwork late last year and was given an appointment in June for a final interview.

At that meeting, Lewis said, an exam was given and all her previous paperwork was meticulously checked. “He made sure all the T’s were crossed and all the I’s were dotted,” she said. “It was a bit slow and painful.”

Her motivation to go through the process after 34 years in the US was to be able to vote and obtain an American passport to facilitate travelling abroad. “I’m glad to have the process done,” she said.

According to Lewis, some of the people who went through the naturalisation process “are not coming from paradise” and don’t want to go back. Lewis, however, will retain her New Zealand passport.