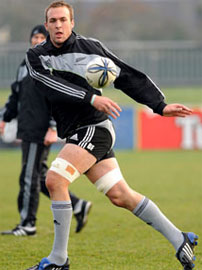 All Blacks second row Bryn Evans has signed a two-year deal with London Irish. The Hastings-born lock, who plays for Super Rugby team the Hurricanes and Hawke’s Bay in New Zealand’s domestic provincial competition. “I am looking forward to testing myself against a different opposition in a different club competition,” Evans said. “The chance to play in the Heineken Cup against the best teams in Europe is also a very exciting prospect.” Evans has been capped twice by New Zealand, both against France in 29. He played for the Blues in the 28 Super 14 before moving to Hurricanes.