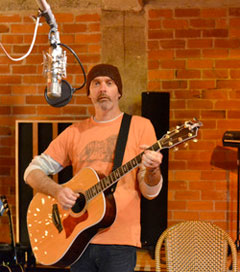 In 1993, Brown won the Most Promising Male Vocalist Award at the New Zealand Music Awards and has contributed to recordings by many artists both at home and in his adopted home of California. He has earned cult credibility with his band The Tunellers, which was on the periphery of the indie scene centred round the iconic Flying Nun Records label.

“These songs are reflective of waking up from being spiritually asleep,” Brown says. “When I play these songs live, they’re emotionally charged for me, and that’s what makes them genuine.”