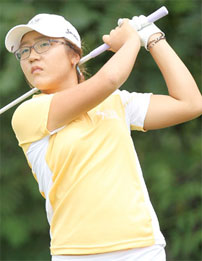 Fifteen-year-old world top-ranked amateur golfer, Aucklander Lydia Ko, has taken low amateur honours in the U.S. Women’s Open, at Blackwolf Run, Wisconsin. Although Ko is still an amateur, she has not only played with pros but beaten them. In January, Ko won a tournament on the Asian women’s tour at the age of 14 to become the youngest person to ever win a tour event. Ko admitted she feels more pressure playing amateur events, which she is supposed to win, than against pros. And she credited the play of the other amateurs who made the cut. “You know, I guess only three amateurs did make it to the weekend, but everyone out here, they deserve to be out here, and they earned their way here,” she said. “So I’m honoured to get the low winner prize.”