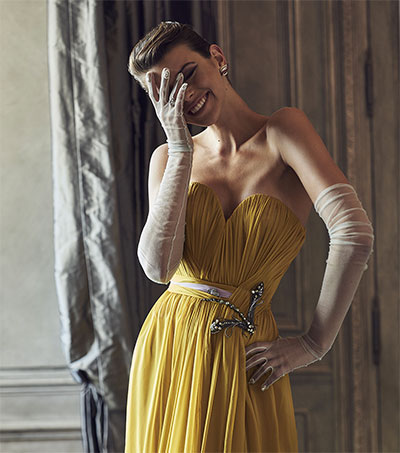 New Zealand model Georgia Fowler, 25, who was recently chosen to once again appear in the Victoria’s Secret Show, donned couture for a shoot at the newly renovated Hotel de Crillon in Paris.

“The Hotel de Crillon, it seems, is Paris’ new Garden of Eden, and BAZAAR.com was in Paris for its re-opening to select the Couture collections’ best looks and position them in the hotel’s most exclusive enclaves. The Eve to our Eden? Fowler, whose high-fashion meets Victoria’s Secret resume personifies that marriage of inspiration and accessibility that the current state of couture – and the newly revived Crillon – seem to capture so seamlessly,” Carrie Goldberg writes for Harper’s Bazaar.

The Victoria’s Secret Show will be held later this year in Shanghai, China.

Fowler appeared on the September cover of New Zealand’s Remix magazine and the August covers of Harper’s Bazaar Turkey and GQ South Africa.