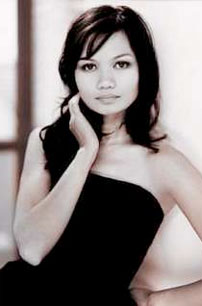 From a New Perspective

Christchurch-born singer Bic Runga, 36, has released her first album in five years, Belle. Runga, who is currently on tour in Australia, tells the Illawarra Mercury’s Kate Walsh that since her 1997 debut album, Drive, her sound hasn’t changed much. “It’s still about songwriting and clear, honest melodies and lyrics,” she says. Several of Runga’s songs have featured on film soundtracks. “Sway was used in the first American Pie movie and also the last one which just came out.” “My favourite song [on Belle] is Everything is Beautiful and New which is about seeing the world from a new perspective after I had my son.”