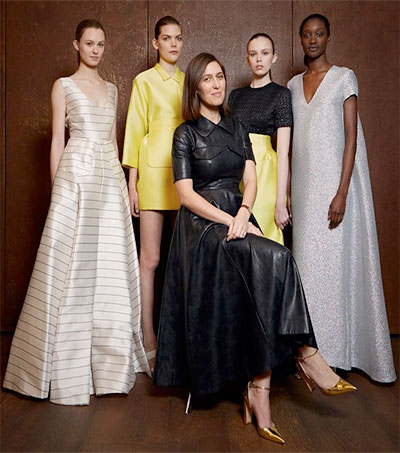 New Zealand designer Emilia Wickstead, the Duchess of Cambridge Kate Middleton’s go-to for gowns, has made the British Fashion Council (BFC)/Vogue Designer Fashion Fund shortlist. Wickstead also made the shortlist in 2013 and 2014.

The seven British-based brands will compete for the prize – comprising of high-level mentoring as well as a £200,000 grant – designed to take their business to the next level.

“It was exciting to have such a diverse shortlist to consider, all of whom have carved out a distinctive niche for themselves,” Vogue editor Alexandra Shulman, who also chairs the Fund committee, said of the shortlist. “I congratulate all of them for reaching this stage in a highly competitive arena.”

Caroline Rush, CEO of the BFC, applauded the chosen candidates who she said “have the incredible potential to change the future of British fashion and are all worthy candidates for the 2015 BFC/Vogue Designer Fashion Fund”.

British-based Wickstead spent her formative years in Milan and gained a Bachelors of Arts Degree in Fashion Design and Marketing at Central Saint Martin’s London with Honours in 2007.