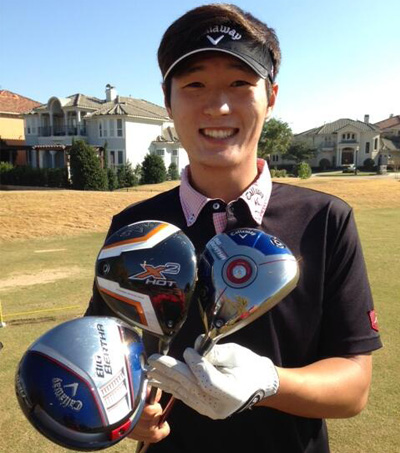 Rotorua golfer Danny Lee has earned his first PGA Tour win at The Greenbrier Classic in West Virginia in a four-man playoff nearly eight years after becoming a U.S. Amateur champion at age 18.

“I kind of felt like I was playing good but not good enough to win a golf tournament. But this week for some reason I just felt right. I was hitting my driver really good, my irons really good,” said Danny Lee.

The South Korean-born New Zealander earned $1.2 million and jumped from 57th to 15th in this week’s FedEx Cup points race.

“After a tense final round with four players sharing the lead at 13-under, Lee beat Canadian David Hearn and Americans Kevin Kisner and Robert Streb in a playoff to claim victory.”

His win also earned him a spot at the British Open at St. Andrews next week along with golfers James Hahn and Greg Owen.

“This means a lot; it’s the home of golf. I’ve never been to St Andrews, I’ve only ever seen it on television when I have been cheering for Tiger Woods winning,” said Lee.

“It’s going to be amazing and it’s going to be so much fun. I’m very lucky that it’s being played at St Andrews because I’ve always wanted to play there.”