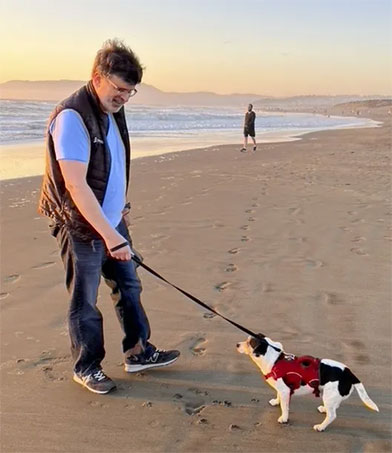 It’s likely Auckland-born Alan McLachlan’s code is running on your computer right now, Lizzy Lawrence writes for tech news site, Protocol. McLachlan, an engineer who helped create the PDF, has died in San Francisco. He was 58.

His husband Paul McLachlan described him as incredibly humble, talented, and loving. His co-workers described him as vastly knowledgeable and technically gifted. Throughout his career he focused on firmware, essential software that allows a device’s specific hardware to function. It’s not “the sexy part of tech, because everybody wants to write the app,” Paul said. Yet Alan’s code, Paul said, is likely running on the computer of everyone who reads this article.

He was a member of the core team that invented the PDF, and built the printer drivers (software that converts data into a printable format) that enabled languages like Arabic, Farsi, and Urdu.

“He was really fortunate to join tech before it was a capital T,” Paul said. “It was a weird industry full of weird people who were not working like other people.”

Alan later worked at Microsoft on the Xbox engineering team. The majority of his career, though, was spent at BigFix.

Brian Shorey, his manager at BigFix, said Alan was known as a company encyclopedia. He knew the product inside-out, and was adept at handling complicated customer problems.

“Everyone knew they could just ping Alan and he could answer their questions,” Shorey said. “It was quicker than doing a Google search or looking it up internally.”