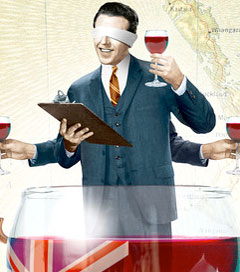 New Zealand’s pinot noirs seduce The Wall Street Journal’s Will Lyons with “some Antipodean brilliance”. “Unlike other fine wine regions such as France’s Bordeaux and Burgundy, where the best and most expensive wines have been classified, rated and tasted over hundreds of years, with New Zealand such is the pace of change that some of its best wineries are still relatively unknown,” Lyons begins. “In 2001, New Zealand’s wine growers decided to do something [a and organized a festival to showcase their best pinot noirs. Not wishing to complicate matters, they called the conference Pinot Noir New Zealand. Since then, they have held the gathering every three years; this January’s was the fourth event in Wellington, again highlighting the top wines of the country. It was out of these festivals and a desire to map the best pinots in the country that a few classifications have been born. First, The Great New Zealand Pinot Noir Classification by British wine writer Matthew Jukes with Australian critic Tyson Stelzer, and latterly the Top 50 New Zealand Pinot Noirs by British Master of Wine Tim Atkin. Jukes, whose classification is based on tasting every pinot noir produced in New Zealand over five consecutive vintages and then calculating an average score, says the jump in standard of pinot noir has been marked in the past year, so much so that he believes New Zealand now produces pinot noir more successfully than any other country in the world. A fact he puts down to the age of the vines, which are now producing better quality, more complex wine. Curious to taste this development, I wanted to try to devise my own shortlist of the country’s very best pinot noirs. Drawing on published classifications as well as my own knowledge and other recommendations from independent wine retailers, I assembled examples from 30 of the top estates in New Zealand. The premise was simple: to find the best 10 Pinot Noirs in the country. The stand-out region for me was the Waipara Valley. Out of the whole tasting, two of my favorites came from here: Bell Hill and Mountford Estate.”