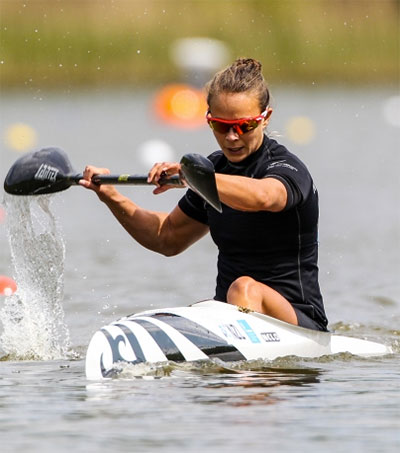 World and Olympic K1 200m champion New Zealander Lisa Carrington, 26, has won the final of the sprint discipline of the opening cup regatta in Duisburg, Germany – her 12th successive victory in the event.

New Zealand had a double presence in the final, with promising 21-year-old Hawkes Bay paddler Aimee Fisher finishing eighth in 40.560.

Carrington will race both 200m-500m K1 distances in Rio, with the World Cup rounds an ideal chance to fine-tune preparation.

“The fields are super strong now and it’s always good to race these girls,” Tauranga-born Carrington said. “It’s really good practice, going through the nerves and the process of racing.”