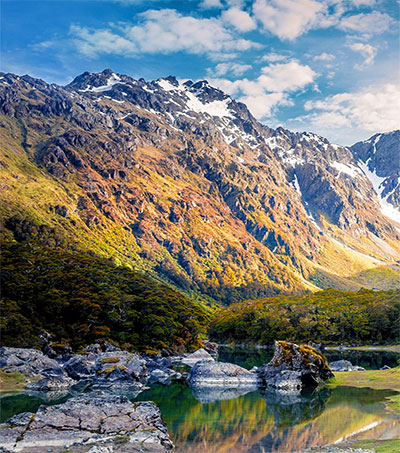 “If the New Zealand government was sending a message when it banned foreigners from buying houses in the country earlier this year, it does not seem to have been heard by the global billionaire set and the businesses catering to their eccentricities,” Stephen Foley writes for the Financial Times.

“The far-flung nation seems to be as attractive as ever for wealthy individuals considering places they can bolt to in the event that war, pestilence or revolution robs them of the comforts of western civilization,” Foley continues.

“One Texas-based manufacturer, Rising S, has enjoyed a nice bit of publicity after shipping two of its giant survival bunkers over land and sea to be buried 13ft under the Kiwi soil. The specs are impressive: 990 sq ft of luxury underground accommodation behind bulletproof doors; room for 50 of your friends and family, with amenities such as a bowling alley and a swimming pool; and a solarpanel charging system to keep the lights on in dark times. It can be yours for just $8.35m, which is sofa-change for the members of the Silicon Valley elite who have been expressing interest.

“It is not certain what kind of welcome awaits the billionaire bunker buyers, however. Many Kiwis are still angry after discovering last year that Peter Thiel, the American PayPal-to-Palantir entrepreneur, was granted New Zealand citizenship in 2011, even though he had spent less than a fortnight in the country.

“The new law to restrict sales of existing homes came after figures showed that one in 10 purchases in the picturesque resort of Queenstown were made by foreigners, who have been blamed for pushing house prices beyond the reach of locals. New arrivals might now have to send their fortified homes in by cargo ship, but will that really lessen public anger at the land grab?

“Averting adult-made catastrophes is harder and potentially more controversial work and no one individual will ever be more than a piece of a solution. Take climate activism: from the business innovations in green technology being funded by a Bill Gates-led coalition, to the grassroots political funding of Tom Steyer, to the hands-on activism of local mayors following the Michael Bloomberg example, even multi-billionaires must content themselves with playing an incremental role.

“But engagement trumps disengagement. Public service matters, even if one is only stealing apocalyptic proclamations from a presidential desk. It beats burying one’s head in the New Zealand soil.”