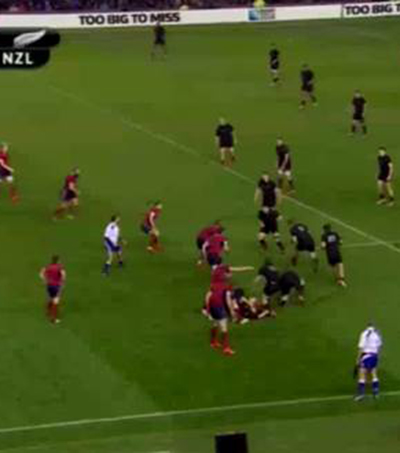 The All Blacks have managed to continue one of the longer streaks in world sport, as Scotland failed for the 30th time to beat the world champions. But it was only just, in a fierce contest.

In 30 games Scotland have twice shared the spoils, but on Saturday, with 10 minutes to go and the lead back to one point, they looked composed and capable of changing history.

But the world champions imposed themselves with only minutes to go to continue their unbeaten run.

An endless stream of black shirts were thrown at the Scottish line and finally the figure of lock Jeremy Thrush broke through.

Colin Slade scored the conversion and the lead was out to eight points, and Murrayfield was silent for the first time in 76 minutes.

All Blacks coach Steve Hansen said “It was the perfect game for us, in as far as a lot of players who would not normally wear the shirt had been tested in the heat of considerable battle.

“Scotland are a good side on the way up; they are a young side who are learning.”

The All Blacks travel to face Wales next week.