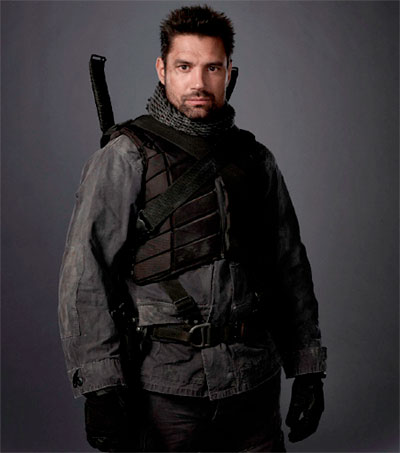 Playing the bad guy has never worried New Zealand-born actor Manu Bennett who enjoys the roles of two deliciously deviant characters at the moment: Arrow’s anti-hero Slade Wilson (aka Deathstroke) and the terrifying Orc leader Azog the Defiler in The Hobbit film trilogy.

Bennett also played Spartacus’ nemesis Crixus in the hit gladiator drama Spartacus: War of the Damned, which is currently enjoying a wider release in the US.

“To be these explosive, powerful characters is really interesting,” Bennett said.

“I went to a boarding school in New Zealand and I was bullied by a former All Black. The bullying that he gave me is something that I’ve used in both Crixus intimidating Spartacus and Azog being this giant menace, who has no opposition in terms of his size and intimidation.

“This adverse thing that happened in my youth has ended up being something that’s given me power and helped me as an artist.”

But importantly, the father-of-three was able to forgive his schoolyard bully when the pair unexpectedly met a few months ago.

“It was the first time I’d seen him since high school and the next minute we’re getting together with our kids. He apologised and gave me two of his All Blacks jerseys.”

The 45-year-old was in Australia this month for the Supanova Pop Culture Expo.