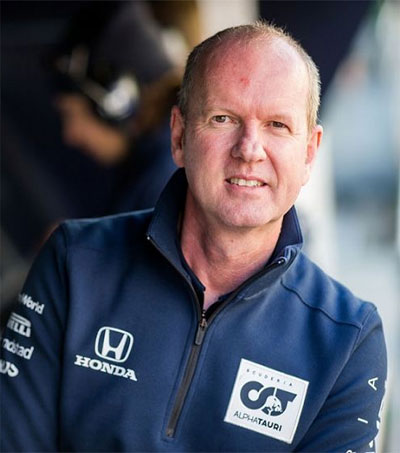 New Zealander Graham Watson, the team manager of Italy’s AlphaTauri, talks to Autosport about his job in Formula 1.

Watson, who is originally from Pukekohe, started off in rallying before taking his first steps in F1 with Benetton in 1996, initially as test team mechanic before joining the race set-up in 1998. A 10-year stint at BAR through its transitions to Honda and Brawn followed, and after winning the world championship in 2009, joined Caterham as team manager in 2010. He’s been with the team formerly known as Toro Rosso since 2014.

“The way I look at my Formula 1 life is that I used to be a son of a farmer based in New Zealand living on a gravel road – 40km of gravel before you even saw tarmac,” Watson recalls.

“And I think now … to being a team manager in Formula 1 … that’s what it means for me. It means everything, because I’ve put everything on the line to achieve it.

“I think I proved to everybody that it doesn’t matter what education you have or where you come from or what your nationality is.”