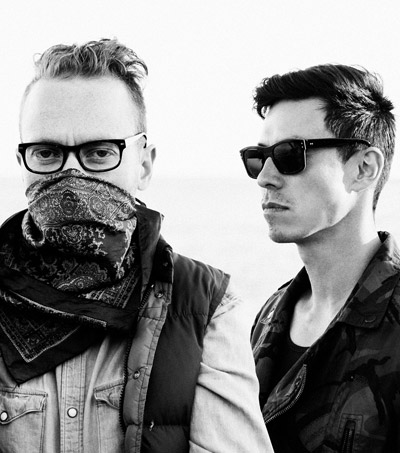 “It plunges Marvin Gaye’s pensive side into the 21st-century information wilderness.

“Its songs are descendants of ‘What’s Going On’: minor-key meditations desperately trying to stave off gloomy portents.”

“Keyboards bounce around the stereo field; percussion gets stacked up like sandbags in a bunker.

“The songs plead for love as the only salvation in a dire future, while the darkly enthralling music argues that chances are slim.”

Love Can Prevail is the highly-anticipated follow-up to the duo’s critically-acclaimed self-titled 2010 debut, which thrust the group into the international spotlight and achieved cult status following its release.

The duo toured the U.S. in support of the Love Can Prevail album release in September with stops in Miami, New York, Los Angeles and San Francisco.

Electric Wire Hustle are bringing  the Love Can Prevail show to New Zealand with a touring schedule this month.