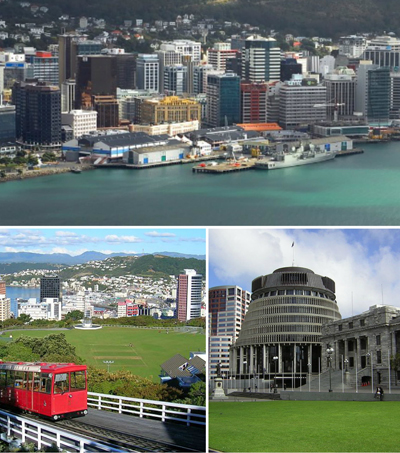 “Forget London, New York or Tokyo, for a better quality of life you should go to Wellington, Edinburgh or Vienna,” writes Conor Sullivan in an article for The Financial Times. Wellington took the top spot in a survey, which looked at measures such as cost of living, pollution, climate and house prices by Deutsche Bank analysts as well as data from crowdsourced website Numbeo.

“Wellingtonians know we live in the best spot on earth, and now the rest of the world is hearing about it as well,” said acting Wellington Mayor Paul Eagle, as reported on in an official statement.

“The international survey is a big endorsement that we’re on the right track here in Wellington. It ranks us ahead of much bigger cities like New York, Sydney and Los Angeles and even ahead of cities that pride themselves on quality of life like Melbourne and Edinburgh.”

“It’s also a powerful reminder of the things we need to protect for future generations: our local environment, affordable and accessible housing, ease of movement, quality public transport, and good paying jobs.”

These are the Top Ten Quality of Life Cities: