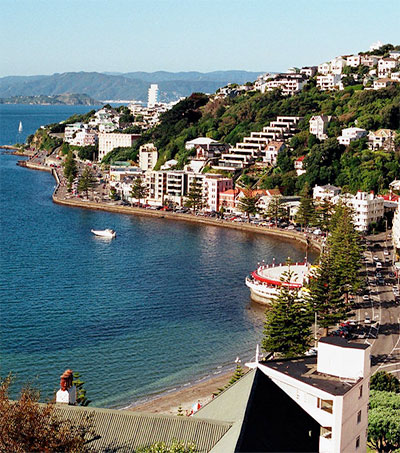 Wellington is one of the Rough Guides Top 10 city destinations for 2015 sitting at sixth place alongside No 1 destination Johannesburg, Malaga, New Orleans, Hamburg, Nizwa, Belgrade, Salta, Birmingham and Yangon.

“Big-budget films helped bring tourists to New Zealand and now Wellington, which celebrates 150 years as the country’s capital in 2015, is giving visitors plenty of reasons to stick around,” the guidebook says.

“There’s a real buzz about the city’s café scene and smart new craft-beer bars are bubbling up across the city. Be sure to check out Te Papa (the New Zealand National Museum), which is packed with treasures from across the Pacific. Highlights include the elaborate feather cloak that was given to the English explorer James Cook in Hawaii.”

Wellington Mayor Celia Wade-Brown said the accolade proved again the capital was an “incredibly desirable place – it’s got great food, outdoors and culture and it’s really easy to get around”.