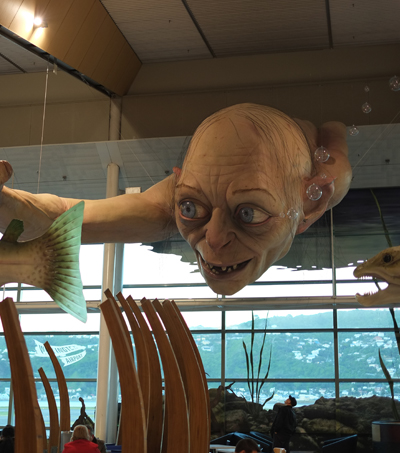 Wellington Airport – One of The World’s Coolest Airports

Wellington Airport has been featured as one of the coolest airports of the world in an article in Huffington Post Canada.

“Some of you may not know this, but The Lord of the Rings was filmed in New Zealand, so it’s only fitting that they have a giant sculpture of Gollum in one of their terminals,” as reported in the article.

“Passengers can also spend their time waiting in a not-so-typical airport lounge called The Rock. The bold design looks like its straight out of a sci-fi movie. The roof has rugged steel beams and glass fixtures, making it look like, well, a rock. The lounge is meant to represent Wellington’s history and culture.”

For the Coolest Seven Airports see below.