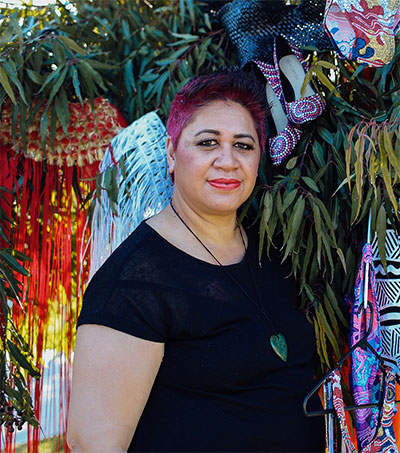 Tina Waru organised the recent Global Indigenous Runway event, which was on as part of the Virgin Australia Melbourne Fashion Festival. It was the first time international indigenous fashion made the official programme.

Waru said indigenous fashion is coming of age. The Global Indigenous Runway event grew out of a project of the same name that nurtures indigenous designers, models and stylists.

An indigenous New Zealander, from Te Ātiawa and Ngāti Kuri, whose family founded the first Maori fashion show in New Zealand, Waru gave up full-time work to concentrate on getting the Global Indigenous Runway Project off the ground.

“It was about getting our indigenous people out there … rather than looking at one or two to represent a whole nation,” she said.

“It was about increasing that representation to say here are these beautiful indigenous people, look at these designs.”