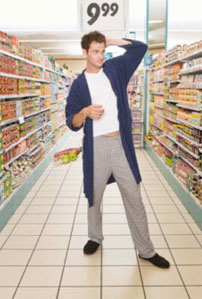 “The city of Gisborne is divided and people are angry,” John Darkin writes in a letter to the Guardian. “It’s not the issue of water ownership that threatens the peace of this normally unflappable community, or whether local farms should be flogged to Chinese dairy giants. The cause of the fury is the latest craze for wearing pyjamas in public, especially noticeable in the supermarkets. The district council is being urged to issue a ban on the wearing of pyjamas in public, day or night, and for offenders to be fined. Whether this would lead to pyjama police patrolling the streets is unclear.” Every week Guardian Weekly publishes a letter from one of its readers from around the world.