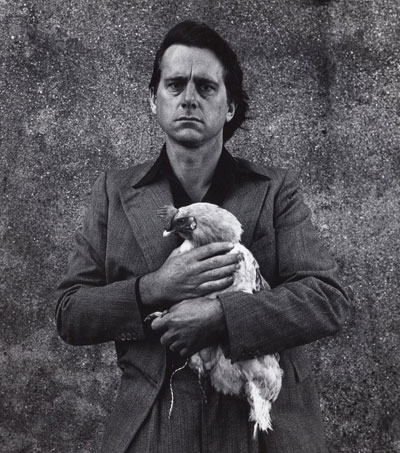 “Peter Peryer, one of New Zealand’s foremost photographers, has died on November 18 at the age of seventy-seven.” Artforum reports. “Peryer’s most recognized image may be Dead Steer, his 1987 shot of a lifeless, bloated cow by the roadside.”

Throughout the 1970s Peryer was also “well known for his ongoing portraits of his then-wife Erika Parkinson, which were gathered in the 2000–2001 exhibition ‘Erika: A Portrait by Peter Peryer’”.

“This ambiguous pact between photographer and subject makes the pictures even more timely now. Like artists as various as Gillian Wearing and Nan Goldin, Peryer was bent on making his own involvement palpable and recording the complex drives that photographs contain,”  Artforum contributor Anna Miles wrote of the photographs in the summer 2001 issue of the magazine.

Peryer was born in Auckland in 1941. He “obtained a graduate degree in education from the University of Auckland in 1972” and began to teach himself photography in 1973.

“He received a Fulbright scholarship to travel to the United States in 1985 and was made an officer of the New Zealand Order of Merit in 1997. In 2000, he received a Laureate Award from the New Zealand Foundation for the Arts. A documentary on Peryer by filmmaker Shirley Horrocks will premiere next year,” as reported in the article.