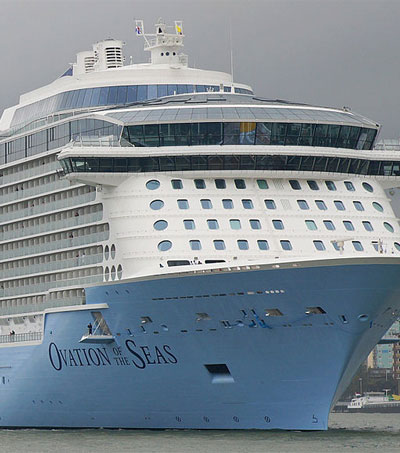 New Zealand’s 2016-17 summer cruise season “will welcome a record number of ships, including many first-time visitors, most notably the biggest vessel ever to sail in local waters, the 4,180-passenger Ovation of the Seas, which was launched this year,” writes Louise Goldsbury for Cruise Critic.

“What is exciting about the 2016-2017 cruise season is that the ships will make 791 port visits, an increase of 13% from the season before,” said Brett Jardine, Cruise Lines International Association (CLIA) Australasia commercial director.

In November the 3082-passenger Emerald Princess, the largest Princess ship to visit NZ this summer, will sail into Milford Sound.