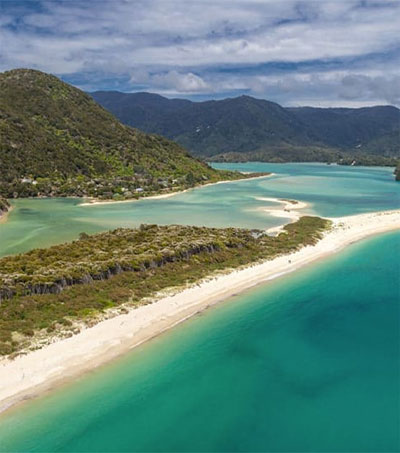 “Countless amazing beaches line the coasts of New Zealand. The island nation is known for its jaw-dropping stretches of sand, but knowing which ones to put on your itinerary can be tough for even the most choosy of beachgoers,” Madeline Bilis writes for Travel + Leisure.

“Whether you’re in search of a secluded gem or a well-known Instagram hotspot, we’ve compiled the best beaches for Kiwis and visitors alike,” Bilis writes.

The magazine rates 11 “must-visit beaches” across the country, including North Otago’s Kohekohe Beach, Karakare Beach near Auckland and Awaroa in the Abel Tasman National Park (pictured).

“Awaroa Beach is nothing if not beloved. It’s so well-liked that in 2016, almost 40,000 New Zealanders banded together to buy the beach from a private entity for more than $2 million. When the sale went through, the beach was donated to New Zealand’s Department of Conservation and became part of Abel Tasman National Park. To glimpse its (public) shores and aqua-blue waters, plan to take a boat tour from Kaiteriteri or Totaranui, or hike about 7km from either Onetahuti or Totaranui.

“Surf’s up at Karekare beach, just 50 minutes outside of Auckland. Sizable waves and super-soft black sand make it a favourite among athletes and sunbathers alike. The spot, which is part of the Waitakere Ranges Regional Park, is beloved by filmmakers, too, and has been featured in works like The Piano and Xena: Warrior Princess. Those in need of some shade after a day in the sand should head inland to Kitekite Falls – a short hike through a coastal forest leads to the dramatic drop and swimming hole.”