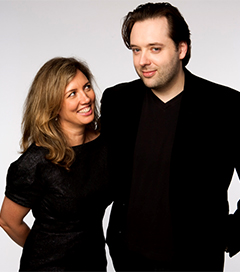 New Zealand documentary film maker Sally Rowe is continuing to make an impression with her documentary A Matter of Taste: Serving up Paul Liebrandt. The film is an “engrossing full-length documentary” that takes an intimate look into the world of Paul Liebrandt, a talented and driven chef with a reputation for creating phenomenal, yet unusual, dishes. Filmed over a decade, A Matter of Taste reveals Paul’s unique creative process in the kitchen, the hard work and dedication it takes to become a successful culinary artist and explores the complicated relationships between food critics, chefs and restaurant owners. “Paul was very generous,” Rowe said. “He let me into his busy kitchens, where it is very difficult to shoot and keep out of the way. It’s hot and noisy, so Paul would tell us where we could stand…. [we] accumulated 200 hours of video, five of which were food shots.” Following its debut on HBO in 2011, A Matter of Taste went on to be screened at many major international festivals including SXSW, Tribecca and the New Zealand Film Festival. After being nominated for an Emmy award in 2012, the film was aired internationally by many major networks including BBC, HBO Europe and ARTE. A Matter of Taste, Sally Rowe’s first feature-length documentary, succeeded in bringing her name to the attention of many major publications including  The Wall Street Journal, Variety and Huffington Post.