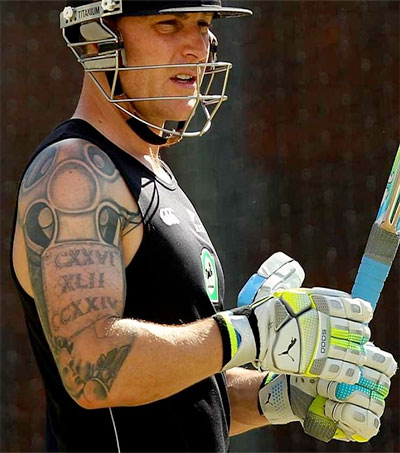 New Zealand Both the Hipster and Tipster’s Choice

No longer merely the cool underdog that overachieves, New Zealand is a genuine World Cup contender, according to the Hindu, with Brendon McCullum’s men now possessing a gilded opportunity to go where none of their predecessors have.

At home and on the back of a good run of games, New Zealand has arguably its best chance ever to win a World Cup.

Feeding that optimism has been a run of positive results stretching back to November. A Pakistan team that had just flogged Australia was matched blow for blow in a drawn Test series and defeated 3-2 in the ODIs, all in the UAE. Back home, Sri Lanka was beaten comprehensively in both the one-dayers and the Tests before the arrival of Pakistan, subsequently dispatched 2-0.

“This has been the ideal preparation for us so we have no excuses come the big event,” McCullum said after the second Pakistan game. “It is once-in-a-lifetime for us. We just hope to play the cricket we know we can and produce good results.”

New Zealand’s cricketers have played nine ODIs already this year, so there is the risk of burn-out or peaking too early (enough sports teams will testify that it is more than just a cliché). But, with six ODI hundreds from New Zealand batsmen in 2015, McCullum would rather worry about his players hitting form prematurely than their being out of sorts.

The ICC Cricket World Cup 2015 is on from 14 February until 28 March in New Zealand and Australia.