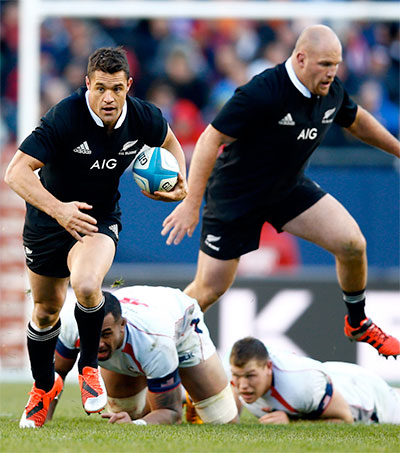 “This year will end just as it began, with New Zealand sitting firmly on top of the rugby world. The All Blacks have been the top-ranked team for five years and will again head into next year’s World Cup in England as the favourite to win once again,” the New York Times has declared.

“Coach Steve Hansen, who was recently named World Rugby’s Coach of the Year for the third consecutive time, insists that the ‘favourite’ tag should be given to someone else, as no team has won back-to-back world titles and New Zealand has never won the World Cup on foreign soil.

“It’s likely his pleas will fall on deaf ears. Looking at the performances during the November internationals, New Zealand’s opponents have some work to do in the next 10 months if they want to win the Webb Ellis Cup.

“Their fitness, efficiency, decision-making, execution and defense under pressure were more than England, Scotland and Wales could handle. Hansen rotated his squad and gave fringe players – and the returning Sonny Bill Williams – opportunities to stake a claim for the World Cup next year. While the All Blacks had to dig deep to win all three tests, the fact they managed to do so is an ominous sign for their opponents.”