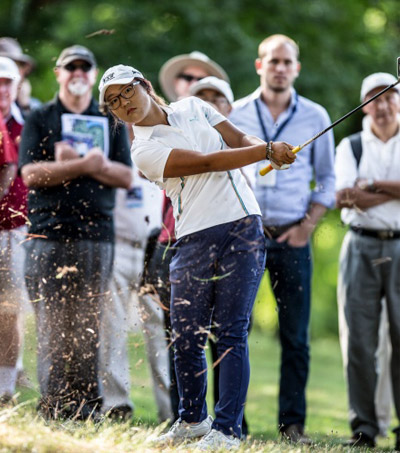 Lydia Ko, the 17 year old New Zealand LPGA star sits atop of the golf world with her second straight win of the 2015 season finishing with a 1-under 71 at Clearwater Golf Club in Christchurch to get to 14-under for the 54-hole event.

The South Korean-born New Zealander finished with a tournament-record with her career-best 61 to take a three-stroke lead into the final round.

“I really wanted to win in front of such great crowds,” Ko said. “This is probably the biggest crowd I’ve seen. It’s always cool winning on home ground.”

A week earlier the Kiwi golfer already celebrated victory at the ISPS Handa Women’s Australian Open where she finished with a 72-hole total of 9-under 283 on the composite course.

“The more Ws the better,” Ko told the Associated Press after leaving runner-up Hannah Green and the rest of the field in her dust. “I think I had a really good [offseason] break, which got me fresh going into this year.”