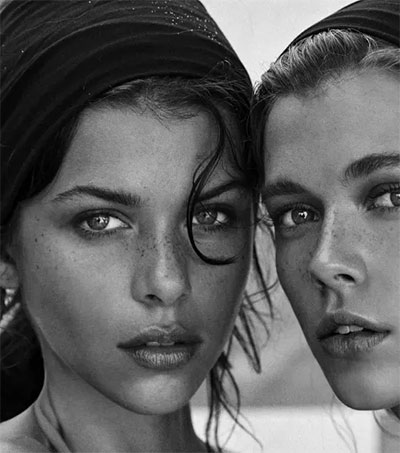 Georgia Fowler, 25, the youngest daughter of Australian golfer Peter Fowler, is quickly becoming one of the most recognisable faces in the world, twice taking to the coveted Victoria’s Secret runway. Fowler (pictured left) will appear in Harper’s Bazaar Australia’s highly anticipated 20th anniversary edition spread out in March.

Auckland-born Fowler, who is leaving her base in New York to host the first season of Project Runway New Zealand, said to appear in the anniversary issue was an honour.

“It was one my dreams to be in the pages of Harper’s Bazaar,” Fowler said.

“It was a really special shoot on the beach, wearing sexy dresses where we got to be more beautiful versions of ourselves … It really shows that Victoria [Lee] and I are top girls in our field that we were considered for it,” she said.

It will be somewhat of a Fowler family edition with her sister Kate, her partner Merivale boss Justin Hemmes, and their two daughters Alexa, 2, and Saachi, seven months, also set to grace the pages from his family home, The Hermitage, a heritage-listed waterfront manse in Sydney’s Vaucluse.