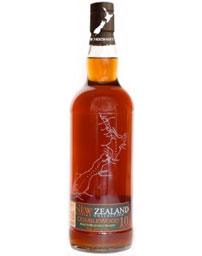 Two rare whiskies from the New Zealand Whisky Collection have won gold medals at the Mid West Whisky Olympics in Michigan, outperforming some of the world’s most revered from Scotland, Ireland and Canada. The 10-year-old Dunedin DoubleWood was crowned World’s Best Blended Whisky while the 21-year-old South Island Single Malt whisky was named World’s Best Single Malt in the same competition. “For the Dunedin DoubleWood and South Island Single Malt to beat some of the best whiskies in the world in this event is testament to their pure, premium ingredients and the craftsmanship with which they were made,” spokesman for the Whisky Collection Greg Ramsay said.