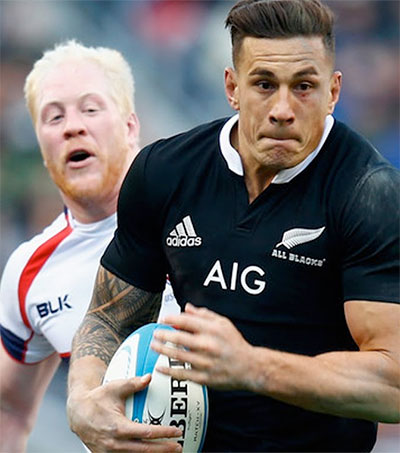 All Blacks Thrashing of USA Eagles a Big Money-Spinner

The first rugby match in the United States for the All Blacks in over three decades helped TLA Worldwide, an American athlete representation and sports marketing business, report a 26 per cent rise in pre-tax profits, reports the Financial Times.

The company, whose main business is in Major League Baseball (MLB), said its revenues had risen 12 per cent to US$20.8m and profits before tax were US$8.6m.

In November 2014, the All Blacks trounced the USA Eagles by 68 points at Soldier Field in Chicago.

“As a Kiwi and a rugby fan, it was great to take the All Blacks to the US. We filled out a stadium with 61,500 people,” TLA Worldwide chairman Bart Campbell said.

This year, TLA is promoting a close-season football tournament in Melbourne featuring Real Madrid and Manchester City. The event is likely to generate revenues of US$4m, according to the company’s house broker.

In Melbourne, Campbell has teamed up with Manchester City to buy a football team, now renamed Melbourne City.

From 2009 until June 2013, Campbell was the Group COO of London-based Chime Communications plc sports division, called CSM Sport & Entertainment which has over 670 staff, in 15 offices across 13 countries.

Campbell is a former practicing sports and commercial lawyer, with a BA and LLB from Otago University. He is a Harvard Business School Alumni, having completed the Advanced Management Program in 2010.

The All Blacks next play Samoa in Apia on 8 July.