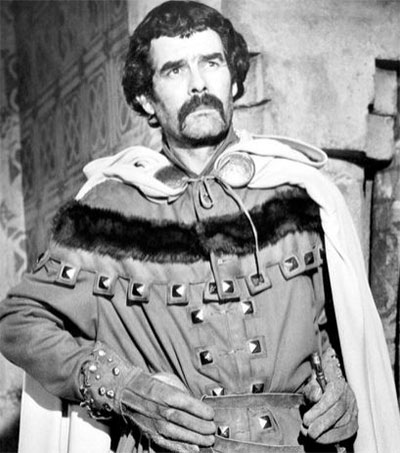 Actor Terence Bayler Was Brian and so Was His Wife

Bayler played Gregory (and other roles) in the controversial Life of Brian – a religious spoof about a man mistaken for the Messiah – uttering two of the film’s most memorable lines. During the final crucifixion scene, Brian’s fellow prisoners try to pass themselves off as him in order to escape death (a subversion of the “I’m Spartacus” moment in Stanley Kubrick’s 1960 film). Amid the many cries of “I’m Brian”, Gregory exclaims “I’m Brian, and so’s my wife” – an ad lib by Bayler. Earlier in the film, when the assorted throng worshipping Brian shout in unison “We are all individuals”, Bayler interjects “I’m not” – another ad lib. He had started working with the Python team after Eric Idle – whom he knew socially – saw him performing music hall songs in a small pub theatre and was impressed with his comic timing. Idle later cast him in his first stage play, Pass the Butler at the Globe theatre in 1982.

Tall and distinguished looking, Bayler was cast as military officers and upper-class Englishmen, even though he was actually a working-class New Zealander.

Idle wrote on his blog: “I think the thing I loved most about Terence Bayler was his gentle loving considerate humour.

“I loved his commitment to a role and his high seriousness no matter how apparently silly the part. For a writer there is nothing finer than an actor taking your work and making it better than you imagined it.”

Having impressed another Monty Python member, Terry Gilliam, Bayler found himself in the films Time Bandits and Brazil. Later big-screen work included James Ivory’s The Remains of the Day and Harry Potter and the Philosopher’s Stone (as the ghostly Bloody Baron).

Bayler wrote the foreword to the 2007 book New Zealand Filmmakers, describing the basic filming methods employed on Broken Barrier, an engagement for which he was paid “six pounds a week plus food and tobacco”. He worked on his native soil again in the 1981 film Pictures, which reunited him with John O’Shea, the director of Broken Barrier, and on the 1992 miniseries The Other Side of Paradise.