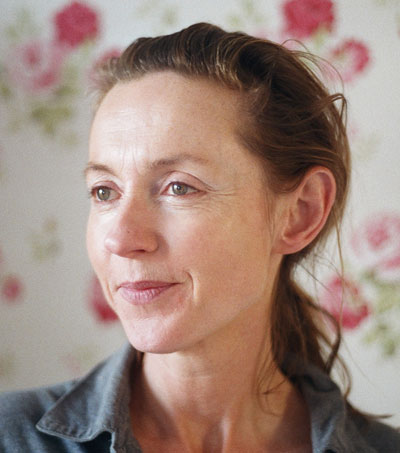 Gunn Returns to the Bush

Award-winning novelist and short story writer Kirsty Gunn returns to the New Zealand of her childhood in Going Bush (Sylph Editions) and My Katherine Mansfield Project (New York Review Books). Gunn, who lives in London and Scotland and is Professor of Writing Practice and Study at the University of Dundee, where she established and directs the writing program, most recently wrote The Big Music, a 2012 novel that won Book of the Year in the 2013 New Zealand Post Book Awards. Another of her recent books, The Boy and the Sea, was awarded the Scottish Arts Council Book of the Year award in 2007.

In Going Bush—a beautiful, illustrated, 40-page volume that is Number 27 in Sylph Editions’ Cahier Series—Gunn revisits the New Zealand landscapes she once knew through a meditation on nature as experienced through her childhood senses. As a young girl on the cusp of puberty, Gunn becomes fascinated by “the bush,” in both its literal and metaphoric embodiments:

At the end of the street where I lived in Wellington, at the southern end of the North Island of New Zealand, a street of gracious two-story houses set in large gardens that were planted with oak and ash and maple, with English herbaceous borders and flowering fruit trees and shrubberies, was a park.

. . . It was dark and wet-smelling; half the things in it were rotting and the other half in bud. New Zealand bush does not have a season.

. . . In the New Zealand of my childhood people used an expression within which was the nightmare of a place so overridden with Manuka and scrub you might never escape it. This phrase, it seemed, existed permanently in a kind of future tense—that you might walk into and inhabit and be lost in: “Going Bush.” My father used to say it, about a friend who’d made the decision to go into remote and difficult country, allowing himself to be altered by that experience. “Ah yes, old Malcolm. He went bush in the end and you couldn’t get much sense out of him by then.” As though, my father seemed to imply, by walking into that dense growth, a person would never afterwards be freed from it; changed forever.

My Katherine Mansfield Project, to be released in November by New York Review Books, relates how Gunn returned in 2009 to her hometown of Wellington, New Zealand, where modernist author Katherine Mansfield also grew up. A beautiful and original volume that blends memoir, biography, and essay, My Katherine Mansfield finds Gunn contemplating fundamental ideas of home, nature, returning, and belonging. Wrote Academy Award-winning filmmaker Jane Campion: “The writing went into my consciousness and I felt the loneliness, the sadness, the love and identification with Katherine Mansfield. It was beautiful.”